Confessions of a foul mouthed mummy…

In photos I look like butter wouldn’t melt. If you speak to me on the telephone I sound like a nice polite young lady. But scratch the surface a bit and you will find that behind the nice image lies a dirty foul mouthed mummy. 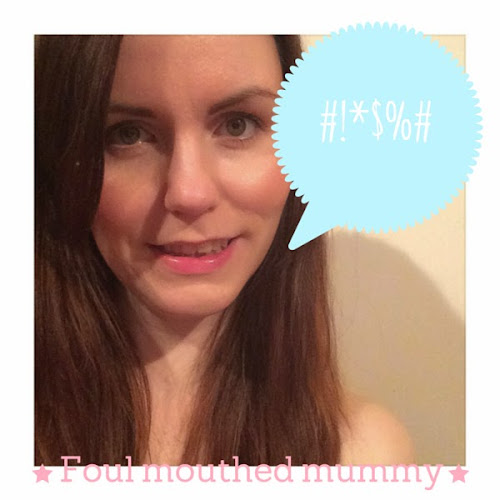 Ok, so I swear, a lot. It’s awful, and it has to stop….. but it’s like a compulsion, I can’t help it. I have a knack for taking a perfectly nice sentence and turning it in to something utterly awful.

Rewind a few years… I have always had a bit of a mouth on me. I used to swear a lot as a teenager. I swore in front of my mam and didn’t think much of it (although I didn’t like to swear at my mam, because that’s disrespectful!). I lived in an area where swearing was almost just part of the language. I do remember one incident walking through my estate and hearing a little girl, maybe 4 years old, telling someone to f-off. I was shocked, and remember thinking ‘what a disgrace of a mother letting her child talk like that, my children will never swear’. Oh, to be young and naive again.

By the time I’d given birth to my lovely little angels, I’d decided I should probably try and tone my language down a but, after all I didn’t want my children to sound like the girl I’d heard in the street years earlier. I started trying to say things like ‘holy guacamole’ and ‘oh fudge’, but as good as my intentions were, I often let not so nice words slip through.

My husband often reminds me not to swear around the kids, but sometimes I just don’t realise I’m doing it, or to what extent.

I got a bit of a wake up call last week. My children were out with their dad and granda, when granda overheard the following:

Neil: Caitlin what are you having for lunch? Caitlin: sausage rolls. Neil: you unlucky bastard!*

When granda asked why he had said that he replied, ‘because mum says it a lot’. I was mortified when they told me the story! It made me realise that I was cursing so much that my children were picking up on it and thinking it was ok to use that kind of language. I’m just glad it wasn’t one of their school friends, or a teacher… Can you imagine that?! ‘Hey teacher…. F#*! off’, I would have looked like mother of the year!

Luckily, I’ve managed to explain to Neil that it’s not ok for children to use those kinds of words, and that mummy is naughty for saying them too. Now, whenever he hears me say ‘a bad word’ he shouts at me!

So here I am, making a vow to cut out the foul mouthed antics around the kids. I know I’m never going to have the mouth of a saint, but I want to be less Roy Chubby Brown and more like the well spoken responsible mother I should be….

….until the kids have gone to bed, of course!

*please pardon my language, the whole exchange doesn’t dound anywhere near as bad with little asterix and hash tags!


What do you think about children swearing? Have your children ever picked up some words they really shouldn’t be saying?